Lake Tovel or Lago di Tovel is an Alpine lake in Italy situated in the Natural Park Adamello Brenta in the region of Trentino.

After visiting the breathtaking Lake Como I was curious to discover another incredible place in Italy and at the same time ready to escape the August heat.

In fact, the weather and the temperature in that region were very pleasant and I enjoyed relaxing and breathing in all the fresh and pollution free air. 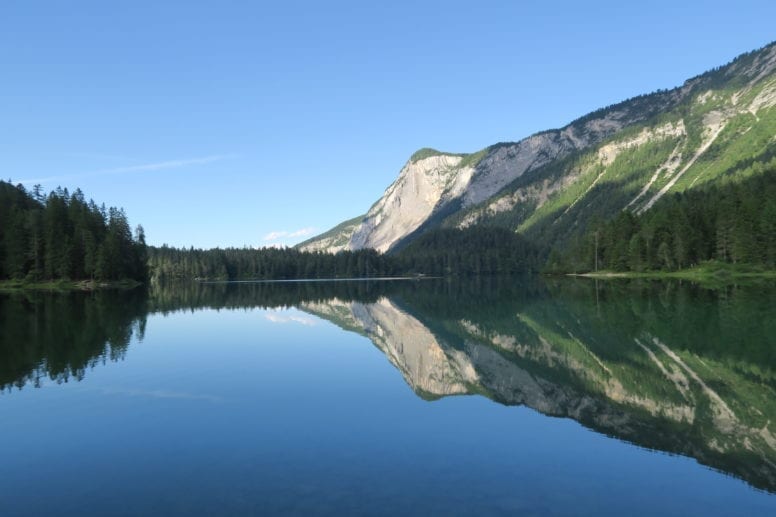 How To Get To Lake Tovel

If you are coming by car you will need to leave it at the parking lot in Capriolo (between 10.30am and 4.30pm).

From there you can take a shuttle bus that will take you to the Lake Tovel.

The bus ticket is very convenient and as far as I remember it costs only €1.

Lake Tovel is famous for a particular redness of its waters which occurred following flowering of an alga.
This anomaly would usually take place in the hot months of the year and the last strong reddening of the water happened in the summer of 1964.

Apart from the scientific explanation of this phenomenon, there is also a fascinating local legend which gives a deeper meaning to it.

Princess Tresenga – daughter of the last King of Ragoli lived nearby the Lake Tovel and refused all the men who wanted to marry her.

One of them didn’t accept being rejected and sent his army against the King hoping this would make the Princess change her mind. 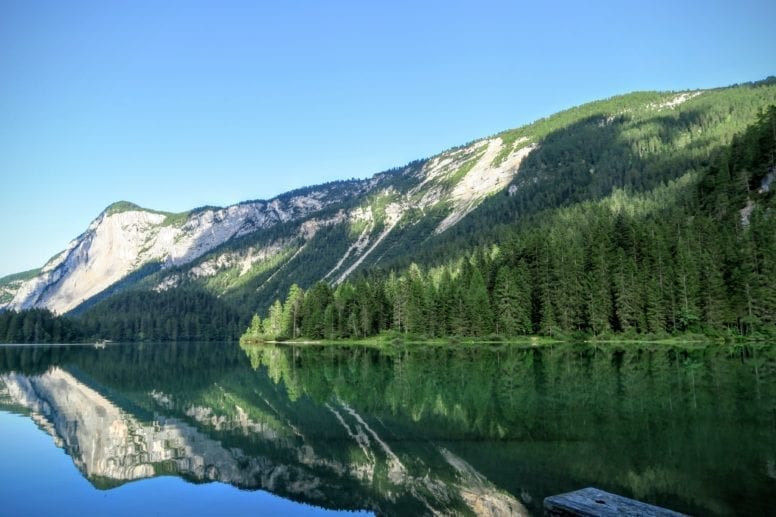 Neither the princess nor her people wanted, however, to be subjected to the arrogant man and decided to fight back the enemy force.

Even the princess herself decided to join the battle which took place on the banks of Lago di Tovel.

The Princess was eventually killed together with most of her people and the Lake Tovel became red from all the blood.

The legend has it that the Lake becomes red in memory of all those dead people, of their courage and sacrifice.

Sadly today we can only admire the pictures of this exceptional natural phenomenon since as I mentioned before the water doesn’t become red anymore. 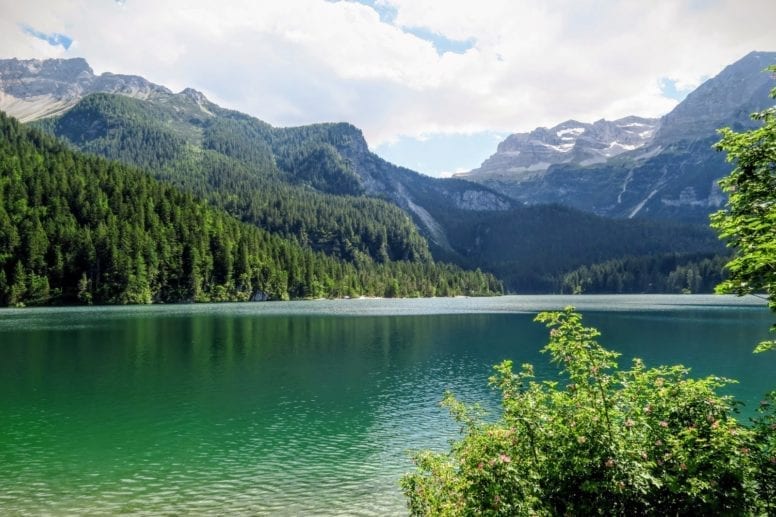 When it comes to animals living in that area I have to mention the brown bear which is also a symbol of both the Natural Park and of the Lake.

There are also many species of fish in the Lake such as common minnow, stone loach or bleak.

Around the Lake, you might notice some grass snakes as well which are luckily non-venomous. 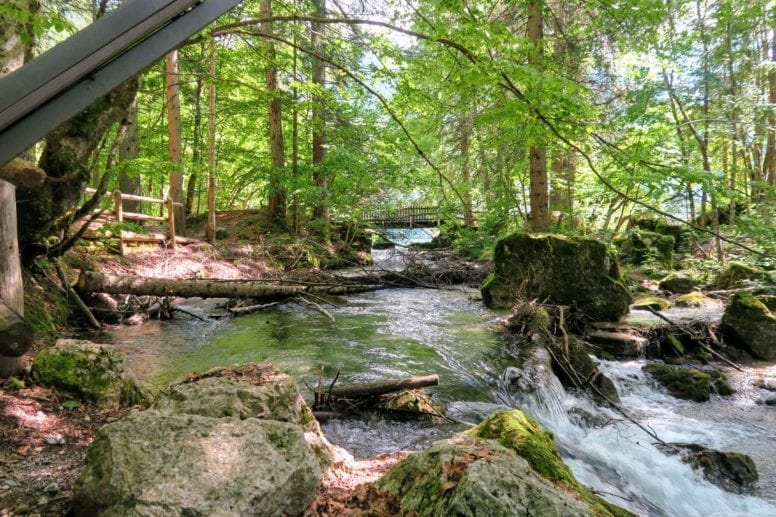 Since you are in the Natural Park there are some strict rules that have to be respected.
Here are the most crucial ones: 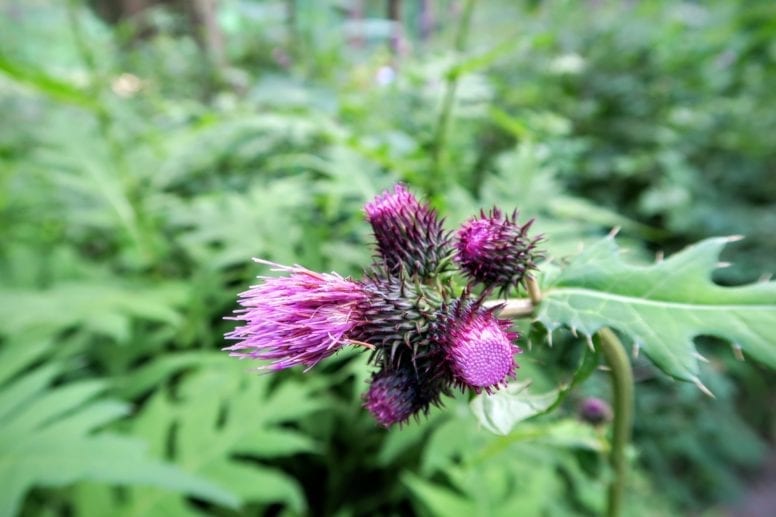 If you’d like to stay in the Adamello Brenta Park overnight there is the Chalet Tovel Hotel available.

It is a truly charming place, in the heart of the Park where you can really reconnect with nature and relax completely.

There is also a lovely little restaurant where you have to try their typical local dishes and my personal favorite – the delicious apple strudel – I loved it. 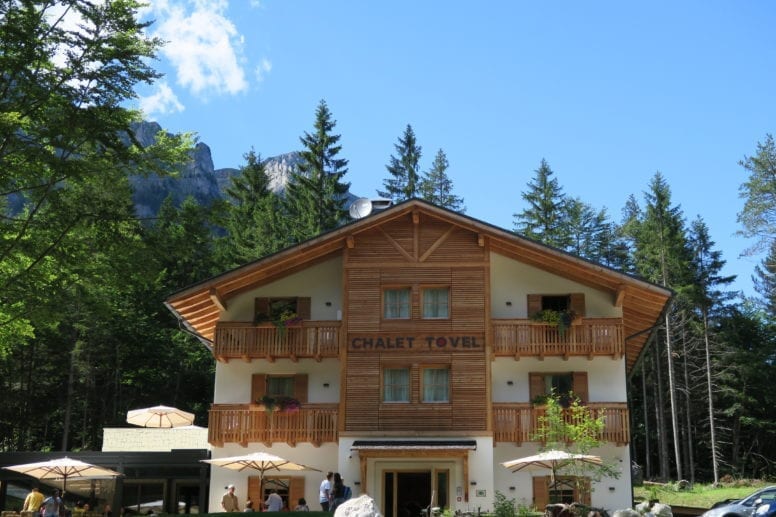 I must say I really fell in love with Lake Tovel and with the Natural Park Adamello Brenta.

If you ever happen to be in that part of Italy I strongly recommend visiting this beautiful gem.

I still miss my long walks around the lake, spectacular views of the Dolomites and incredible nature and animals around me.